True Twin Flames finally recognizing each other, the Divine Masculine’s own awakening process, having romance through spirituality… each one of these miracle stories have happened to Twin Flames that have found the work of Twin Flames Universe! 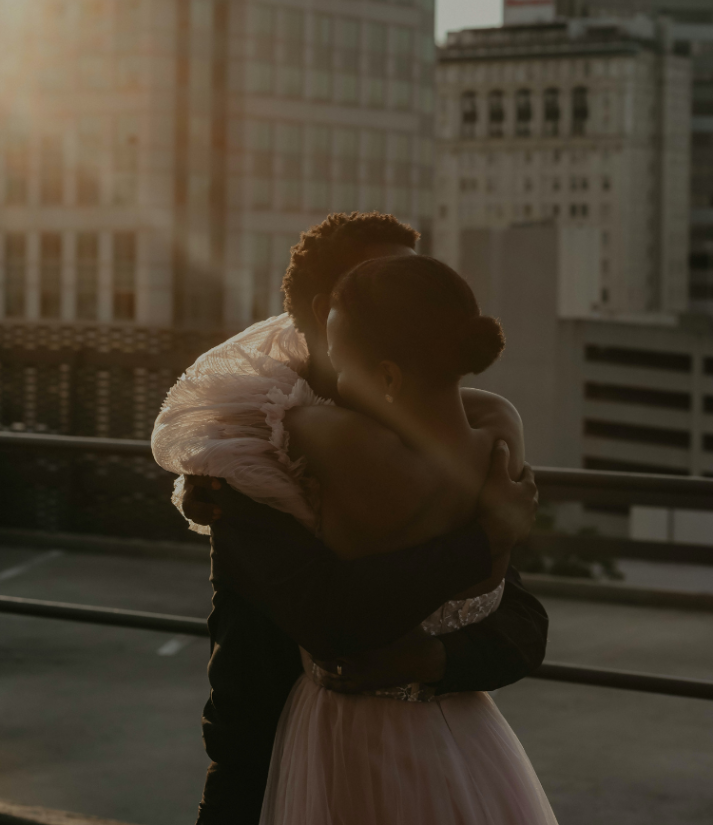 Twin Flames really are absolutely meant to be together, because separation is an illusion built on fear and misunderstandings.

These fears can be dissolved and the love you feel in your heart can come to full fruition, manifesting your very own true love story.

Your next question might be, “How can I know this is true?”

Well, because we have many Twin Flames living in Union in our community, because of the simple yet powerful Teachings of Union.

We introduce you to a few of those Unions here. Listen to their unique stories and hear how they moved through every single obstacle placed in their way. We hope you will feel inspired and renewed to claim your own Union, trusting that what is for them is for you too.

Many Twin Flames wonder, sometimes after years of frustration and disappointment “Is it really possible to have a real love relationship with my Twin Flame?”

Paco and Déborah explain how they too felt that way in the beginning and what it took for them to achieve their Union.

Déborah began her journey with a false Twin Flame and she very much wanted to move to live in Germany near him. She moved back to her home in South America and bought the book Twin Flames: Finding Your Ultimate Lover by Jeff and Shaleia. After using the Mirror Exercise. She shares:

“I found a level of peace I did not know was possible before and I kept applying it.”

Paco, in the meantime became fully aware of how his life just didn’t feel satisfying in any way. He watched Jeff and Shaleia’s Youtube videos and decided he wanted what they had. Paco describes the moment his life changed:

“I could see what Jeff and Shaleia had was honest and I could feel it. I chose to stay where I felt good.”

Hiding in plain sight from each other, whilst developing a beautiful friendship, it took the healing of a childhood trauma to reveal Paco’s Divine Masculine polarity for them to finally recognize each other. Clarity brought them peace and Déborah’s dream of living in Europe came true too.

In this honest and authentic podcast, hear how releasing people-pleasing patterns helped to unlock Paco and Déborah’s hearts.

Christine and Panos’ love story provides the answers for Twin Flames wondering how Union will manifest.

At first, Christine experienced a false Twin Flame relationship. She already knew Panos because he was in her circle of friends but neither of them were aware of their romantic feelings as yet.

Christine found Jeff and Shaleia on YouTube and began applying the Mirror Exercise to heal her upsets. She explains that this part of the journey was pretty straightforward. When speaking about the healing process, Christine shares:

“Now I have that confidence that whatever happens I know how to work through my feelings.”

And, while Christine was doing her deep inner work to heal blocks and trauma within her consciousness, Panos reflects on that time in his life which was very difficult for him, saying:

“I really needed a lot of help at that time… I really want to believe that Christine’s lessons… helped me get through that.”

Ultimately the inner work was giving to their Union and clearing away blocks to reveal the truth despite what things looked like on the outside. To hear how their Union finally came together and how the Divine Masculine realized his love, listen to the full Podcast here.

Being Spiritual And Desiring Romance

Traditionally, the Ascension path has been solitary, celibate and meant releasing attachment to earthly things. The Twin Flame journey opens up new possibilities. We ask ourselves, “Is this really the new path of Ascension where you can really have it all?”

Beginning with learning to heal her body, Revati started her spiritual journey with a pilgrimage in the Himalayas. She had a premonition that she would meet someone special. She did. It was a false Twin Flame.

On finding Jeff and Shaleia’s work, Revati needed to adjust to the groundedness of their teachings having only been familiar with a less physically-based  spirituality from India. When she chose to commit to Jeff and Shaleia’s teachings, she spent time attuning to her intuition and learning how to distinguish a false Twin Flame from a true Twin Flame.

Releasing her attachment to the strict, rigid spiritual life taught in India which focussed on struggle and hardship, Revati realized that she could feel good in her Ascension process. Jeff and Shaleia’s Ascension path for Twin Flames supported her heart’s truth. She shares her awareness:

“I’m supposed to feel good… I don’t desire to be a monk [nun], I do desire romance and the perfect family.”

“Finally people can relax and have everything they want.”

Learn how Revati healed her awareness of the Ascension path for Twin Flames and revealed her true Twin Flame through Jeff and Shaleia’s teachings.

You can find more of our featured Twin Flames: The Great Spiritual Awakening Podcast, presented every week by our host Denis.

Each Union has its own unique path of healing and which only persistence and unconditional love can conquer.

Claim your very own Twin Flame success story by signing up for our free Introductory Ascension Course today!

11 Signs That Your Twin Flame Loves You

A Great Place To Start:

Get matched with the perfect Ascension Coach