What it Feels Like to Be with Your Twin Flame 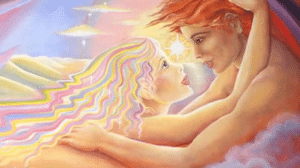 There is no relationship model that can prepare you for a Twin Flame Union. Wondering what it feels like to be with your Twin Flame? Read on as Jeff and Shaleia give you an insider look at the dynamics of a real Twin Flame Union.

You’re Always Aware of Each Other

Twin Flames in Union are conscious of their inner connection to each other at all times. Jeff and Shaleia find it hard to put into words what this feels like. The connection can be compared to an invisible umbilical cord that goes between Jeff and Shaleia, a very strong link that can never be severed.

Twin Flames in separation will be more dimly aware of this connection. The “cord” might be quiet or weakened, even though it can never truly be severed. For example, Jeff always knew about Shaleia on some deep, inner level his whole life, and he always desired to be with her. He knew there was someone special for him and he knew this mystery woman was out there, even if he did not immediately recognize Shaleia as his Twin Flame. 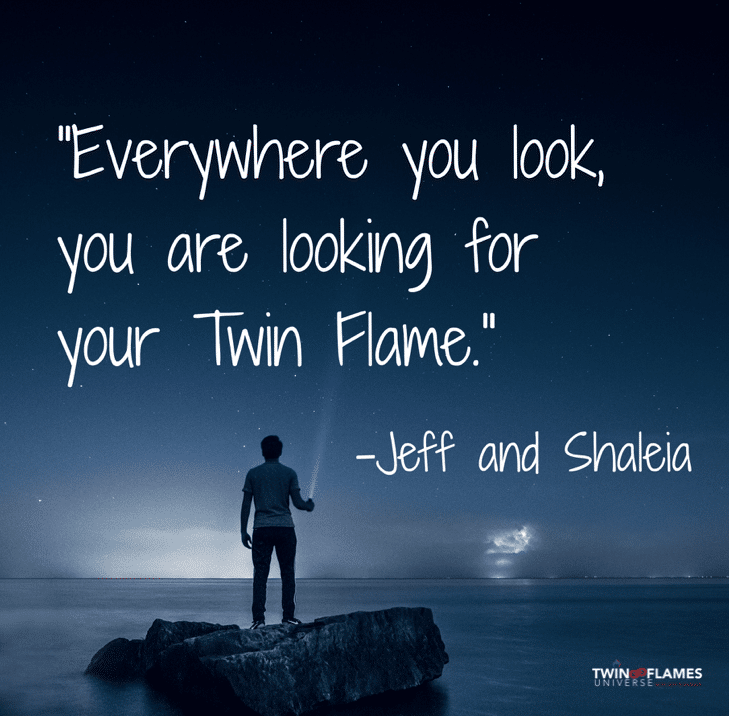 With this connection comes a desire to take care of each other. Shaleia understood her protectiveness over Jeff when she reflected on how animal mothers behave with their young. Animal mothers are loving, careful and nurturing towards their young because they see their babies as part of themselves. This is exactly how Shaleia feels about Jeff.

The only difference is that a Twin Flame Union is protected by love, not fear. A lioness might bare her fangs to protect her cubs, but there is no “me and you against the world” thought pattern in a Twin Flame Union. In spiritual truth, harm does not exist. If you need help releasing the fear of attack, try doing the Mirror Exercise. This potent healing technique is described in detail in the book, Twin Flames: Finding Your Ultimate Lover. You can also see recorded demonstrations of the Mirror Exercise when you subscribe to the classes at Twin Flame Ascension School.

What it Feels Like to be with your Twin Flame

In two words: juicy and awesome.

The best way to explain what it feels like to be with your Twin Flame is by contrasting Twin Flame Union with previous relationships that you have had. For example, Shaleia never felt the same level of safety with previous partners that she feels with Jeff. She shares a deep level of comfort with Jeff, and an inner knowing that their Union is unshakeable.

When you know your Union is unshakeable, you can invest everything that you have and are into it. Your Union is with you for your eternal journey. This means the possibilities in your Union are endless, and your partnership is infinite. There is no limit to the depth to which you can invest.

Imagine waking up every day next to the person who supports all that you are. Your Twin Flame desires to see you grow. There is no part of your Twin Flame that is against you. If you are experiencing fights with your Twin Flame, know that these fights are illusions. They are helping you move through an upset. In reality, you are only ever fighting with yourself. 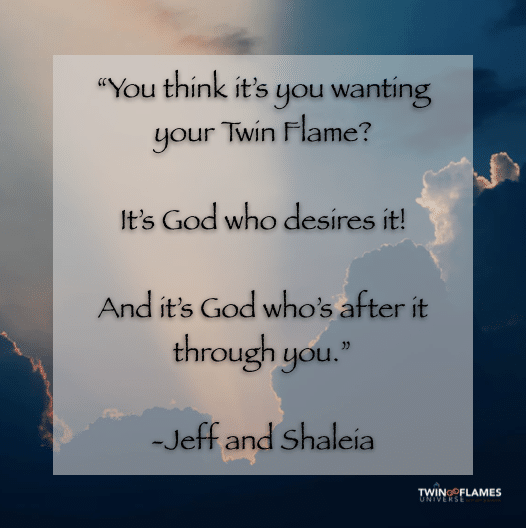 Twin Flames in Union experience an irrevocable sense of oneness and unity. Of course, in spiritual truth we are all one because we are all created by God. This experience of oneness is amplified in a Twin Flame Union, however, because you and your Twin Flame are created from the same soul blueprint. Jeff and Shaleia are unique individuals, but in their Union they experienced a new sense of oneness. For the first time in their lives, they were physically unable to see themselves as separate from someone else.

This oneness is not measured by whether or not you share the same hobbies, or if your clothes match. When Jeff and Shaleia received human design readings from their own spiritual teacher, it appeared as if they were designed in opposite ways. In reality, their seemingly “opposite” human designs perfectly complemented each other. That’s a bonus of being with your Twin Flame – you know those parts of your being where you believe that you could never be understood? Your Beloved is designed to complement you there. The most rewarding aspect of being in Twin Flame Union is being with someone who is everything you desire in a partner, and so much more beyond that.

A little side effect of this oneness is that your dynamic will puzzle people who are not in Twin Flame Union! Jeff and Shaleia found that other people couldn’t relate to them. Friends would remark that Jeff and Shaleia were always off doing their own thing, in their “own little world.”

Find Out What it Feels like to be with Your Twin Flame!

Stop wondering what it feels like to be with your Twin Flame and instead, actually be with them! The first few pages of Twin Flames: Finding Your Ultimate Lover are available for FREE on Amazon, check it out. You can also get a consultation with an expert Twin Flame coach who was personally trained by Jeff and Shaleia.

Transcribed from the video “WHAT IT’S LIKE BEING IN A TWIN FLAME UNION” by Jeff and Shaleia.