What Are Twin Flames? The REAL Definition 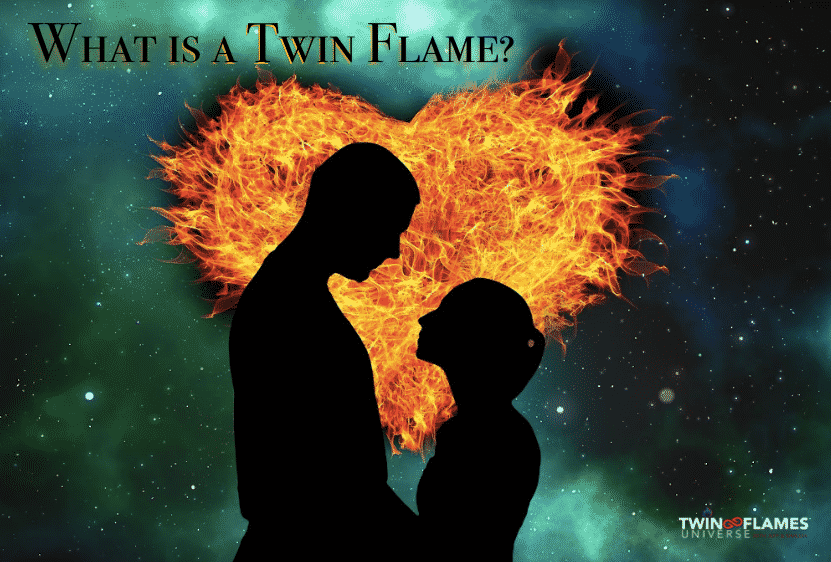 Mirror souls, sparkly violet flames, two halves of a soul that were dismembered by an annoyed Zeus…there are a number of theories out there about what Twin Flames are, but what are Twin Flames REALLY?

The Real Definition of Twin Flames

Your true Twin Flame fulfills ALL of these qualities:

Your Twin Flame was designed for you by God to be your eternal companion through life, for all of eternity. You will experience ultimate attraction with your Twin Flame. We’re talking mega romance here! You cannot possibly have a romance or a sex life with any lover that is supreme to this one. Your Twin Flame is it for you.

It’s a lie if you hear anyone say that you can be non-romantic with your Twin Flame. Your Twin Flame must be your lover, that’s what they are! That is what Twin Flames are actually designed to be. It’s like you made a really delicious sandwich, with all of your favorite ingredients…and then you decided to place it up on an unreachable shelf and tell everyone that it’s just a statue to gaze at, not an edible, delicious sandwich. No, that sandwich is meant to be eaten and enjoyed, that’s what it’s designed for.

Are Twin Flames to Good to Be True?

How is it possible for Twin Flames to be each other’s ultimate guru, ultimate best friend in the entire universe, perfect divine complement, perfect partner and ultimate lover?

The reason this is possible is because Twin Flames share the same divine soul blueprint. There’s a fancy word for you. What the heck is a soul blueprint, you ask?

Remember: as above, so below. Just as our human bodies are comprised of physical DNA, our souls are made up of soul genetics, and we call this a soul blueprint. Your spiritual DNA has specific traits, specific gifts, specific talents, and a specific code/frequency that is you. Out of this specific blueprint was born you and your Twin Flame, two souls that manifested from one blueprint.

But at the same time, you’re still unique! For example, Shaleia is very unique from Jeff, but that does not mean she is separate from Jeff. It just means that Shaleia is expressing that soul blueprint in a way that is unique and perfect for her.

At the same time, the way Shaleia expresses as an individual also complements the total soul blueprint of what Jeff and Shaleia manifested as.

If you want an in-depth explanation of how to recognize Twin Flames and how to come into Union, the best place to start is to read Jeff and Shaleia’s book Twin Flames: Finding Your Ultimate Lover.

What are Twin Flames exactly?

Here is the answer, channeled directly from Divine Mother by Jeff and Shaleia:

“So, what is a Twin Flame? Twin Flames are manifestations of Divine Mother’s desire for harmony and balance in the universe. When She began creating souls, She started by creating them individually as a single, complete being. She allowed them to explore the diversity of contrast throughout this magnificent universe. After a time She saw that the diversity was so great that many beings were unable to relate to each other in a way which was as connected as they were desiring. So She began creating beings with perfect counterparts, beings who would – through all the moments in their eternal existence – always have at least one other being who is most essentially like themselves in every way.

“When Divine Mother saw these Twin Flames were enjoying delicious life experience together, She decided to allow them to become separate in physical reality as they manifested bodies. This allows Twins to experience themselves as individual parts of one being, which was really just itself in two bodies.

“The Twin Flame experience is one being with complementary parts which decide to manifest into different bodies together as itself in one unified relationship.”

Here are some of the misleading ideas about Twin Flames that are floating around:

#1 FALSE BELIEF: Twin Flames are opposites or exactly the same.

TRUTH: Sharing a soul blueprint makes Twin Flames complements, not opposites or identical copies of each other.

#2 FALSE BELIEF: Twin Flames are two halves of one whole.

TRUTH: You are already created whole and perfect by the Divine. You are not walking around as half of a person. If you feel incomplete without your Twin Flame then you are holding onto a thought that is resonating with separation.

TRUTH: Why do Twin Flames need to merge at all when they already share the same blueprint? The idea of two people “merging” is not natural or comfortable, and it does not happen. All you have to do to come into Harmonious Union with your Twin Flame is to come into a space of complete wholeness with yourself. And when you come together physically, you each get to keep your own body! How nice.

If you have been holding onto any of these beliefs in your consciousness, it is safe to let them go now! If you diligently do your spiritual work, such as by utilizing the Mirror Exercise that is explained in the book Twin Flames: Finding Your Ultimate Lover, you will easily resolve all thoughts that are keeping you in separation from your Twin Flame.

It is common to experience tremendous, rapid growth and challenges when you begin interacting with your true Twin Flame. If you want some gentle support to help keep you on track and accelerate your journey with the Mirror Exercise click HERE to sign up for your consultation with one of our trusted and highly skilled Twin Flame coaches.

Transcribed from the videos “WHAT IS A TWIN FLAME?/What Are Twin Flames?” and “YOU DON’T KNOW WHAT TWIN FLAMES ARE (actual definition you NEED to know)” by Jeff & Shaleia.