DON’T GIVE UP ON YOUR TWIN FLAME UNION: Top 10 Reasons Why People QUIT!! 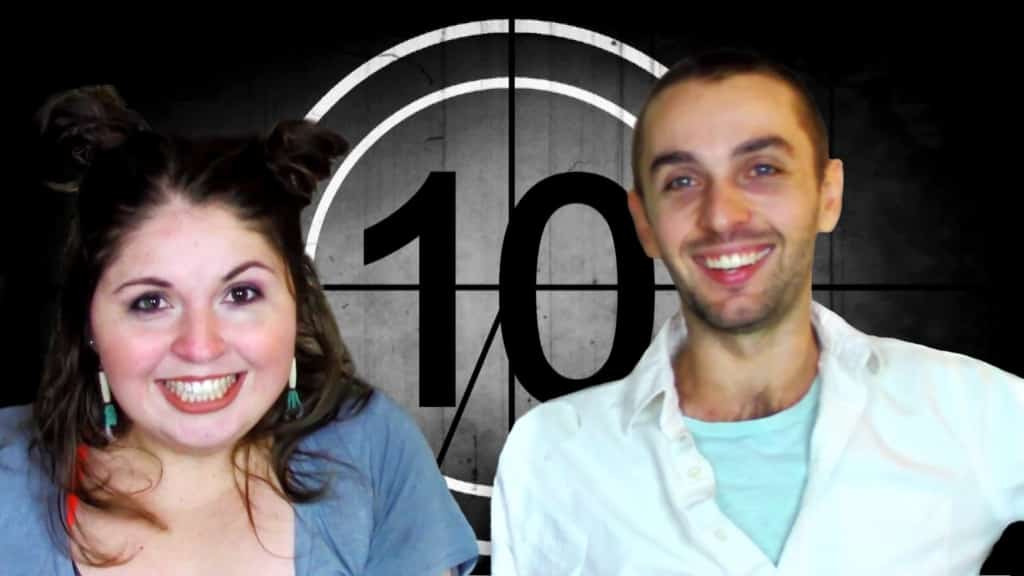 They channeled for you the top 10 reasons why people don’t get into their Twin Flame Union and offer the solutions to help overcome the reasons why you’re not with them.

~10 Reasons Why People Give Up~ 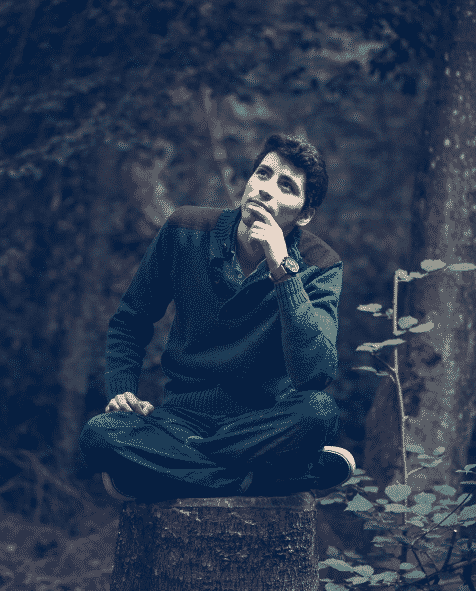 People think, “Oh it’s so hard, it’s so difficult, it’s not worth the end result for all the work.” But that’s absurd, that’s just so silly. It’s like saying it’s not worth it to reach out and grab the ice cream cone when you’re ready for ice cream: “The reaching out is just so difficult, and the bringing it towards my mouth and the chomping down on the ice cream is so difficult.” Even that is an under-exaggeration of the difficulty versus the reward. The difficulty is honestly very low to achieve this, and the reward is ridiculously, ridiculously high. So, you don’t think it’s worth it? Bah! That’s silly, let that thought go.

9. They don’t feel they have to get into their Twin Flame Union. 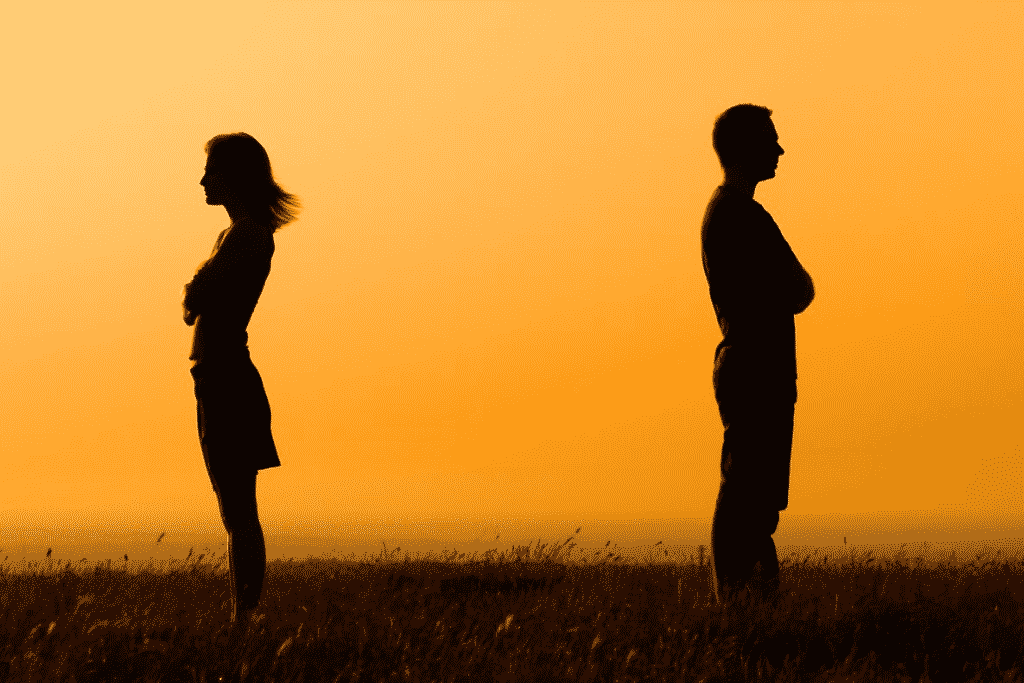 Some people don’t believe or feel that they need to get into their Twin Flame Union in general, or at all. Why would you think that? You don’t have to do anything (as in, you are not forced to choose Twin Flame Union), but you are giving up on your Good when you don’t choose your Twin Flame Union! Think about the reasons why you might make this choice – it likely traces back to something on this very list.

8. They think it’s going to be hard to be in the Union. 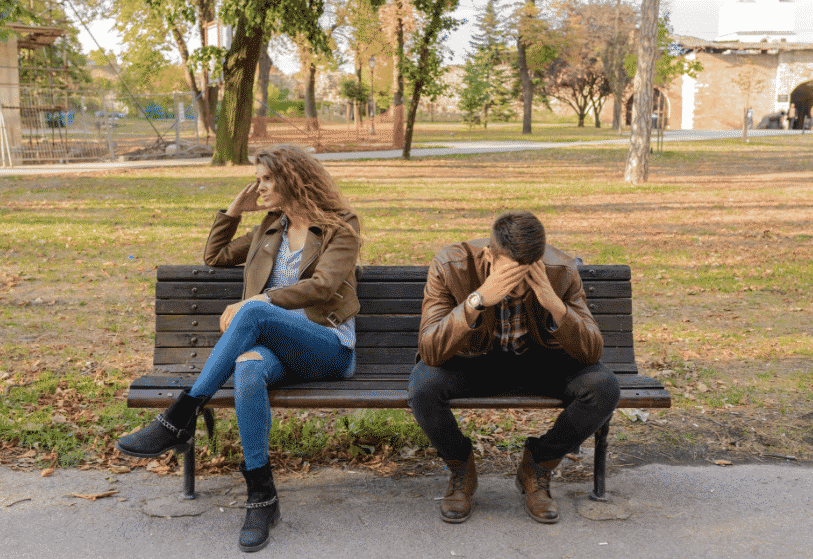 7. They don’t believe that it’s possible. 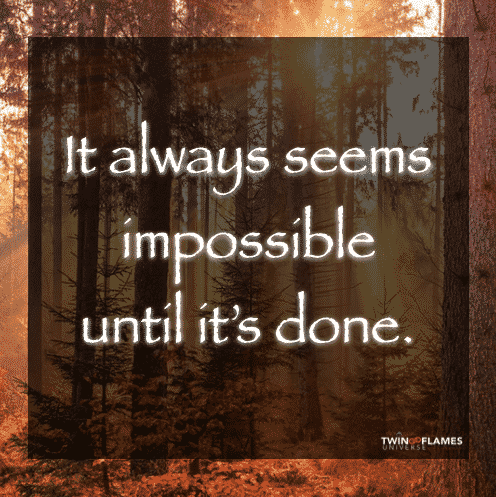 Well, Jeff and Shaleia got it, and they’re showing you the way! Study them carefully, look very deeply and look on the surface, they have it. And they have shared a lot of material to help you get it. It’s pretty easy and straightforward – Jeff and Shaleia are not special, they are not superheroes, they are just people who did a few simple things that they show you in their book, Twin Flames: Finding Your Ultimate Lover, in their eCourses, in Twin Flame Ascension School, their blogs and their YouTube videos. All of it is showing you how to do this one thing. Anyone who is a student of the Law of Attraction knows that it’s possible, anything is possible.

6. They don’t have faith in the process or trust in God. 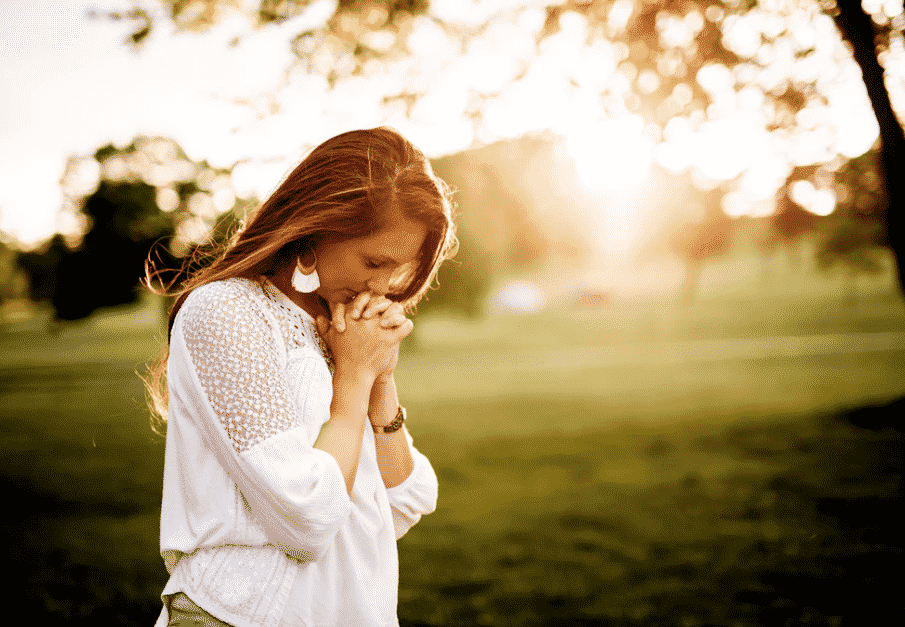 So they’ve been doing everything right and they’re thinking, “Wow this is working, I’m seeing all these signs and synchronicities… oh, well he’s okay, I’ll just stay with him,” or “She’s not too bad, she could be my Twin Flame. I’ll just call her my Twin Flame because I had all these synchronicities and that makes me feel better, so screw this. This is it.” It’s so easy just to continue, but if you don’t have faith in the process it can be very difficult to continue because you’re choosing not to be faithful to yourself and your Union.

5. They give up on themselves. 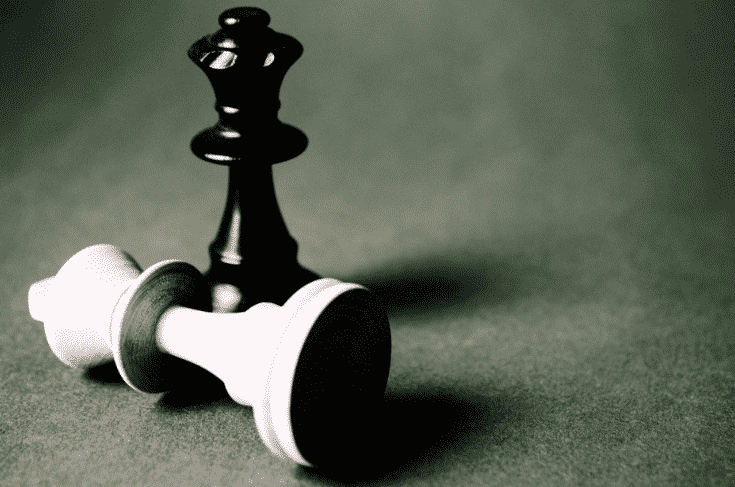 4. They feel their Twin Flame Union will harm them. 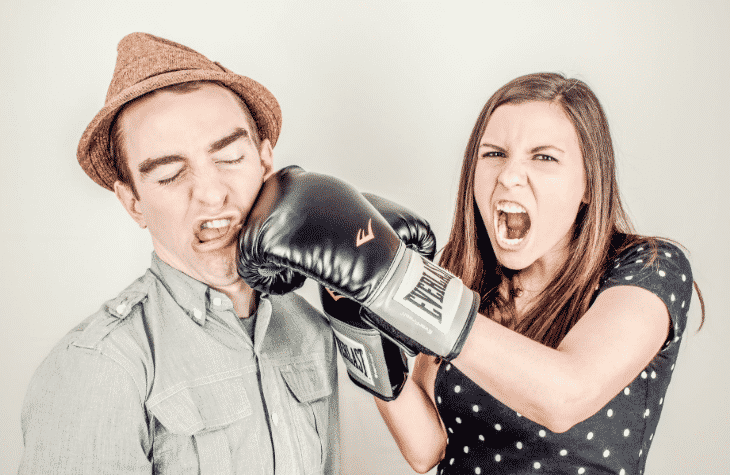 There is a lot of thought floating around in the Twin Flame community that says being with your Twin Flame is painful because it brings all of your triggers and traumas to the surface. A lot of Twin Flames do come together when they are, in many respects, ill-equipped for their Union, so they blow out of proportion the pain and suffering that they experience in their Union.

But all this pain and suffering was what they are already experiencing inside of themselves. Their Twin Flame is just amplifying that because our Twin Flame is our perfect mirror for the soul; they are specifically created to be the best soul to help us as a spiritual tool to remove any blocks and barriers of loving that we have to ourselves and to God, and to the Union.

There was no-one in Shaleia’s entire life – not even her biological family – who has triggered her as much as Jeff. Shaleia couldn’t believe that she could scream or cry or break things the way she did. She thought she was crazy at some point, especially the first year of their Union. But in her heart of hearts, even though it was hard, she never thought to let go of the Union. Shaleia just knew they were healing a lot of traumas and testing the full limits of their Union to make sure it was truly real and that there was real love here. Love reigns supreme.

3. They don’t believe miracles are possible. 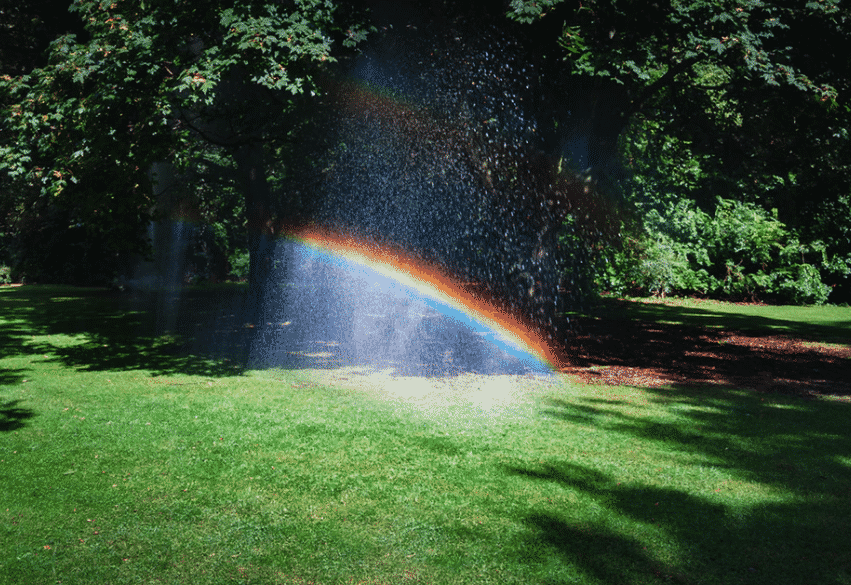 That’s silly. What is a miracle? It’s the allowing of God’s energy to move through your life, because the main point of spirituality is to move into miracle consciousness. If any of you have read “A Course in Miracles” you know exactly what we’re talking about.
If you don’t believe in miracles, you don’t believe God is possible or real, that God can’t move into your life and create all the Good that you are desiring. Shaleia’s been through this so many times, when she needs this and this and this to happen, and she doesn’t know if it’s going to happen, she doesn’t know if God is going to come through. She wonders, “Is God real? Is God going to help me here?” But in every case in our lives, as we develop miracle consciousness, God is all that is.

In Jeff and Shaleia’s experience – and this is the Divine truth of all things and how things were created – God is the only thing. God is the only truth. So, miracles are the only thing that happen. And you can choose to believe that it doesn’t happen and you must have that experience, or you can choose to understand and believe that miracles are possible, normal and natural. In the Kingdom of Heaven there is no such thing as miracles because miracles are a natural state of being. It’s normal. For instance, you don’t think your thumb is a miracle, your thumb is just there.

2. They think their Twin Flame Union is not meant to be. 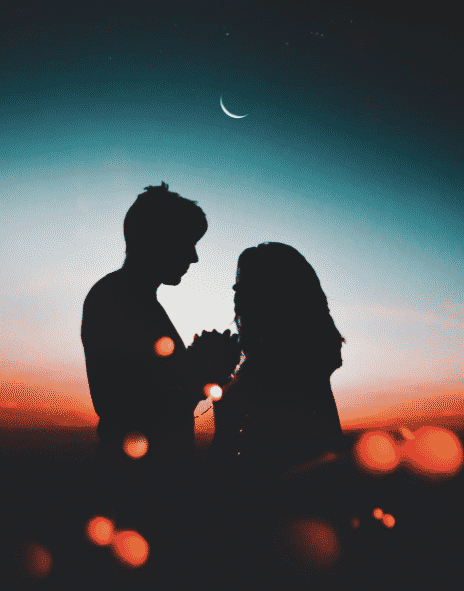 Yes, of course it’s meant to be!

Why do you think you’re created with this being? Because you’re meant to be together! That’s such a silly thought, you don’t have to believe that. Stop subscribing to these thoughts because these are not thoughts that God thinks. They are fear-based and awful. It’s a choice people have to make in their minds. Just as people can choose to hold these out-of-alignment thoughts and beliefs, they can choose to release them and hold aligned thoughts and beliefs just as easily. Know that your Twin Flame Union is absolutely meant to be, and it is yours to claim whenever you choose and desire it.

1. They think it’s more important to settle than to choose their dreams. 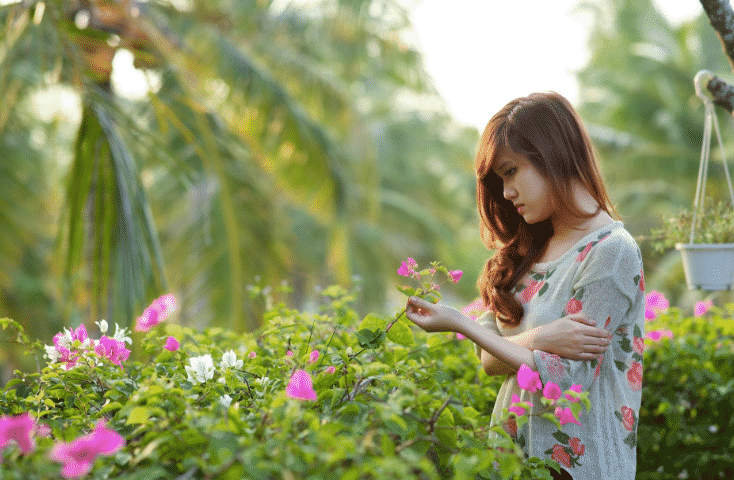 Shaleia’s heart is just crying inside with this one– don’t do this!
You don’t need to settle, and whoever taught you to settle, stop listening to them and forgive them. Forgive yourself, too, and know that you don’t have to settle, you’re not meant to settle. Especially when it comes to your Twin Flame Union, this is the person you are meant to be with for all of eternity. To be without your Twin Flame is suffering; you need not separate from them for any reason, other than your own choice. There’s no out there reason “written in the stars” that you have to be separate for this many years, or because of a soul contract, or because they’re married.

Here’s the secret about soul contracts: you can change them! Don’t go, “I have a karmic contract with 18 souls before I can be in Union with my Twin Flame.” Rip that shit up! Go right to the sweet spot. There are no rules here, just the rules you put on yourself. There are some soul contracts that you don’t want to break, but if it’s getting in the way of your Union, then break them! It’s probably not a Divine contract. Why would you be denied love? That contract is not Divine. Just because you have a contract with a soul, that doesn’t mean it’s Divine.

For example, if Jeff said to Shaleia, “Hey Shaleia, let’s go take candy from that baby!” And if Shaleia agrees with it, that’s not a Divine contract. It’s not very complicated; there’s no Soul Scribe and Soul Lawyer waiting up in Soul Star Land for you with your contract set up, telling you what you can’t do. The reason why people settle instead of choosing their dreams is because they simply don’t believe in themselves. They look around at their external circumstances and think, “How is it possible?”

Jeff and Shaleia want you to know that, where there is a will, there is a way. God created you with a will and God has a will, and whenever you align your will with God’s will, everything that you desire comes true. It also benefits all the people who are around you because that’s the power of love. That’s the power of choosing love in your life.

The message here is: love yourself and keep going! Let go of the old thoughts and beliefs, and anything you desire can be yours. 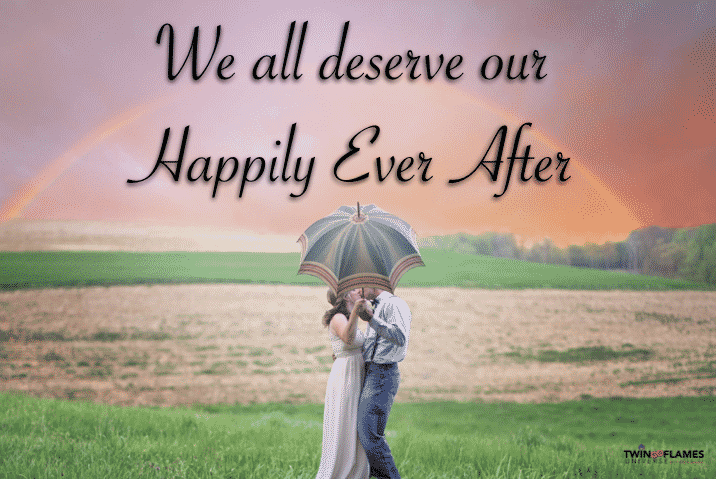 If you resonate with any of the limiting beliefs on this list, don’t worry! You have the power to heal thoughts of separation and you don’t have to do it on your own.

Further Reading and Resources to Claim Your Support

No matter what challenges you are facing, Love knows the way for your own Harmonious Union and the perfect place to start is to check out Jeff and Shaleia’s Free Twin Flame Ascension Introductory Course.

You have the power to heal your Union and we can show you how. Why not book in for a Coaching Session with a Twin Flames Universe Certified Ascension Coach where your Coach can help you get clear on your next steps.

Blogs you may find helpful:

Remember, the Divine is always guiding you and supporting you.

Adapted from the video “DON’T GIVE UP ON YOUR TWIN FLAME UNION: Top 10 Reasons Why People QUIT!!” by Jeff and Shaleia.